Impossible is not in God’s vocabulary, and it shouldn’t be in yours! Different results, require different actions!

“A Not So Silent Night” 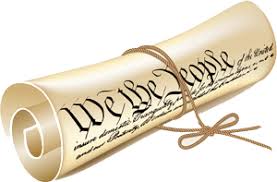 On this date in 1983, then President Ronald Reagan declared the former USSR “an Evil Empire”. I remember the stir that elicited in the press around the world. Many news people were very quick to jump on Reagan’s statement because of the blatant use of a religious term, “evil”. I also remember talking one afternoon soon after the statement to a man whom I worked for part time on his farm, just doing chores. (There were many on his large dairy farm.) He was struck by the use of the word “evil”. Even though I was a very new pastor, I spoke expansively about the real evil in this world and it was not the USSR. I reminded him of the teaching of Paul in Ephesians 6:12 that “we wrestle not with flesh and blood but against the authorities, against the powers of the dark world, and against the spiritual forces of evil in the heavenly realms.” Often we are very quick to forget the real enemies we face. When we do, we should refocus, refocus on who or what is the real enemy. Who is your enemy? Resist him.