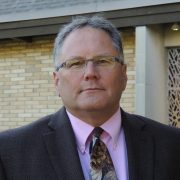 Jeff Stratton was born in Rushville Indiana and graduated from high school from Fort Wayne Northrop. Jeff’s undergraduate degree is from Indiana University and his Master’s of Divinity Degree was completed at Southern Baptist Theological Seminary in Louisville, KY, and Oakland City University.  Jeff played college baseball and is an avid golfer, snow skier and has coached high school tennis at Pike Central H.S. and Evansville Bosse.

Jeff is a certified Law Enforcement officer graduating from the Indiana Law Enforcement Academy in Plainfield and successfully completed the Professional in Residence program at the Betty Ford Institute.

Jeff is married to Gayle, who works for Ascension Health, the parent company of St. Vincent Hospital for 35 years. They have three grown children, two of which, April and Katie, reside in the Indianapolis area and the third Jay is a resident of Chicago, Ill. He is a proud grandparent of Gracie 4 years old and Emmett 16 months.

Jeff has held several positions not only in the sacred world but in the secular world as well. Jeff has pastured in Lancaster, Moores Hill, Petersburg and most recently in Evansville Indiana. While in Evansville Jeff presided over the merger of two very small churches that grew in to a congregation that employed twenty-five people in various ministry and education programs. While at American Baptist East in Evansville, Jeff started a recovery effort called Project Reclaim, that responded to the hurricane Katrina disaster by establishing a work camp that saw over 11,000 people work and reside there from 2005 to 2008. That project became the premier response of the American Baptist Churches, USA.

Jeff has traveled extensively in central America and India where he has spoken in dozens of venues and participated in rescue ministries, water projects, AIDS outreach in the brothels of Pune, India and orphan relief. Jeff was also the former president of the Public Education Foundation of Evansville, H.O.P.E. of Evansville, an organization that has built many homes for the City of Evansville’s low income housing program, Front Door Pride. Jeff used his experience as a commercial bank lender to found and serve as president of a Certified Community Development Financial Institution (CDFI) Our Greater Community which provided business start-up loans and training for individuals with good business ideas but lacked the experience to receive regular bank loans.

Jeff has always been deeply involved in the communities he serves and hopes to continue to use his life skills to not only serve One Christian Church but the Indianapolis Community as well. He is the kind of person who when he see’s a problem endeavors to develop ways and means to solve those problems. 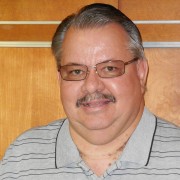 Dennis Patton was born in Indianapolis and graduated from Emmerich Manual High School in Indianapolis.  Dennis graduated from Taylor University, with a Bachelor of Arts Degree in Religion (Christian Education).  His seminary education was at Southern Baptist Theological Seminary, in Louisville, KY where he graduated with a Master’s of Divinity Degree.

Dennis comes to ONE Christian Church from Woodland Baptist Church, in Indianapolis, as a result of a merger between the two churches.  Previously he has pastored American Baptist Churches in Brown County, Ripley County, and Johnson County.

Dennis is married to Nancy, who is a retired elementary school librarian.  They have two adult children Valerie (married to Kyle Parker), who resides in Kansas and David, who lives in Johnson County.  They have two grandchildren, Christian who is 6 and Austin who is 1.

Dennis has served on the Boards of both American Baptist Churches of Indiana and Kentucky and American Baptist Churches of Greater Indianapolis as well as having presided over several ministerial associations.  Dennis is involved in Fire Department and Law Enforcement Chaplaincy in Johnson County.  He is currently a member of the Johnson County Chaplain’s Fellowship, and the International Conference of Police Chaplains.  He enjoys the long term work of pastoral ministry and the crisis ministry of chaplaincy.

When Dennis is not doing ministry, he enjoys spending time with family and friends.  He enjoys bowling and although he has not played for a while, golf.  He is also volunteers with the Needham Volunteer Fire Department, in Johnson County.

ONE Christian Church is Dennis’ first time to be on church staff, so he is looking forward to working in more specialized ministries. 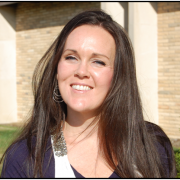 Dena Shomali is the Director of Music, Worship, and Fine Arts here at One Christian Church. Dena is a graduate of The University of Indianapolis with a Bachelor’s Degree in Music. She has served in Church music ministries for the past 15 years as vocalist and pianist/keyboardist, with the last 10 years (and counting) as Director of Music. In addition to Church leadership, she also sings as a session vocalist at a local Recording Studio, and can be found singing in various concerts at The University of Indianapolis. Dena is a lover of all things music and her Saving Grace, Jesus Christ. She’s a firm believer that this is a time in the Church (capital C) where people are hungry and thirsty in a way they never have been before, and that the worship of Jesus through music is one of the ways they’re being awakened, healed, and restored to Him. When Dena is not singing or playing, she loves to write, watch a good movie, or (most of all) do anything outdoors, priding herself on having visited almost every park there is in the Indianapolis area with her kids! Dena and her husband, Jerry, reside in Indianapolis with their 3 children, Blake, Rose and, Kate, and their English bulldog, Perseus the Great. 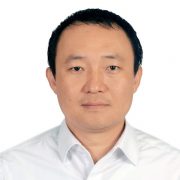 Rev. Dr. Maw San Awng “Jum” grew up in a war zone in the northern part of Myanmar. The town he grew up in was a battleground between the Kachin Independent Army and the Myanmar central government. As a child, Jum watched his mother work as a nurse at the local hospital where there was no medical doctor. At an early age Jum wanted to be a medical doctor himself in order to help the helpless victims of war.

Over time, Jum realized that the love of Jesus can transform a person—can even help you love an enemy. So, after high school Jum decided to combine his hope to provide healing and his passion to stop injustice by serving the Lord. Jum’s goal is to cure spiritual diseases and free his people from physical discrimination and oppression.

As a leader in the Kachin Baptist Church and a powerful voice in inter- and multi-religious dialogue, Jum is in a unique position to affect real change in his community and in his nation. If real change is to come about in Myanmar, it will be through the younger generations where Jum is already actively working as international mission liaison to Burma. 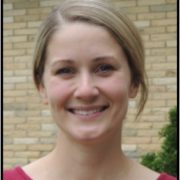 Katie Cron grew up in Evansville, Indiana and graduated from University of Southern Indiana with a Master’s Degree in Occupational Therapy. Katie grew up attending American Baptist Churches and working with children in the nursery and Vacation Bible School.

Katie has over ten years experience working as an occupational therapist and enjoys helping others live life to the fullest. She combines this passion and her love for children to facilitate their spiritual growth toward a deeper understanding and relationship with Jesus. Katie enjoys finding creative ways to minister to children.

Katie is married and has two daughters Avery & Grace. She also has a basset hound named Joey. Katie’s hobbies include watching movies, spending time with family, enjoying the sunshine and being active with her two fun loving girls. 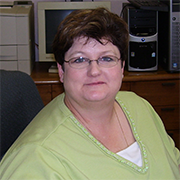 Rhonda is a native of Louisville, Kentucky and moved to Indianapolis from Dayton, Ohio.  She has been our secretary since 1999.  She and her husband have one daughter, and two grandchildren. 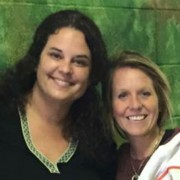